NEFPA is honored to provide a wide array of CLE topics thanks to our esteemed presenters/speakers.

Please find more information about our recent CLE presenters below.

Lantie Joranby, M.D. is the Chief Medical Officer of Lakeview Health, a dual diagnosis and addiction treatment center whose in-patient facility is located in Jacksonville, FL. Dr. Joranby graduated with honors from Vanderbilt University with a Bachelor of Science in Neuroscience. She attended medical school and completed her residency at the University of Florida. For seven years, Dr. Joranby worked as a staff psychiatrist and mental health supervisor at the Veterans Affairs Outpatient Clinic in Viera, Florida. After completing her Addiction Psychiatry Fellowship at Yale University, Dr. Joranby became Medical Director for the dual diagnosis unit at McLean Hospital in Belmont, Massachusetts, which is ranked the top psychiatric hospital in the United States. She also served as faculty at Harvard Medical School in the Department of Psychiatry. She is one of less than 200 physicians in the United States who is dual board-certified in addiction medicine, and psychiatry and neurology. 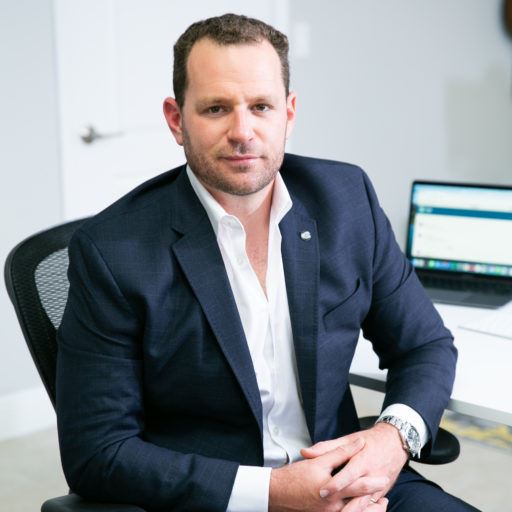 Matthew Waring is an experienced Personal Injury Lawyer based in Boca Raton. After graduating from the University of Florida, one of the nation's best law schools, Matthew joined one of Florida's top trial law firms to represent insurance companies. He defended insurance companies for years. Matthew Waring later flipped sides. He joined Steinger, Iscoe & Greene, P.A. where he handled hundreds of personal injury cases. Here, he proudly recovered millions of dollars for injury victims throughout South Florida. 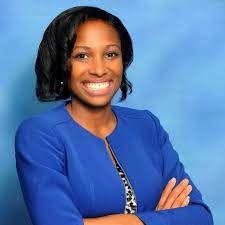 The Law Offices of Christine Michel

Christine graduated from the University of Denver, Sturm College of Law in 2013 and was admitted to practice law in the State of Colorado. From there she began working with the United Nations Assistance to the Khmer Rouge Trials as a Trial Chamber Clerk Intern conducting research and analyzing evidence before the Trial Chamber before relocating to Phnom Penh, Cambodia where she clerked for the Honorable Rowan Downing of Australia and the Honorable Chang-ho Chung of South Korea. In 2015, Attorney Michel returned the United States and after being admitted to practice in the State of Florida. In 2017, Attorney Michel opened her own firm and has been in private practice serving clients in the areas of Criminal, Family, Immigration, and Personal Injury Law.  She has been appointed to serve on the Special Committee for Professionalism for the 2021-2022 term by the current Florida Bar President, Michael Tanner and most recently served as President of the D.W. Perkins Bar Association. 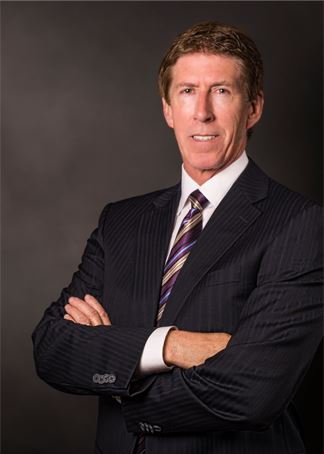 Mark M. O’Mara has been a fixture in the Central Florida legal community since 1982. While he started his career as a prosecutor for the State Attorney’s office in Seminole County, he crossed to the other side of the courtroom and has served as a defense attorney ever since. Mark is one of the very few lawyers in Florida who is Board Certified in Criminal Trial Law and Marital and Family Law, he is certified in Collaborative Law and he is a Supreme Court Certified Family Mediator and Circuit Civil Mediator. He has practiced in both state and federal courts throughout the eastern seaboard and has co-counseled on matters throughout the nation. As a trial consultant, Mr. O’Mara helps other lawyers perform at their peak in trials with complicated legal issues and intense media scrutiny.

While leading the high-profile defense of George Zimmerman, Mr. O’Mara received acclaim for his even-handed management of the controversial case. His on-camera experience during the trial won him a spot as a CNN legal analyst, a position he has proudly held since 2013. Since the verdict, Mr. O’Mara has decided to use his voice to contribute to the national conversation about race, guns, self-defense, the media, and the criminal justice system and he speaks frequently on these topics.

Mark presented a litigation "must see" CLE on strategies for getting the discovery you need. In this CLE, Mark discussed the importance of native-file discovery production and strategies to avoid inadmissible evidence. His CLE can be found on our website on this page. 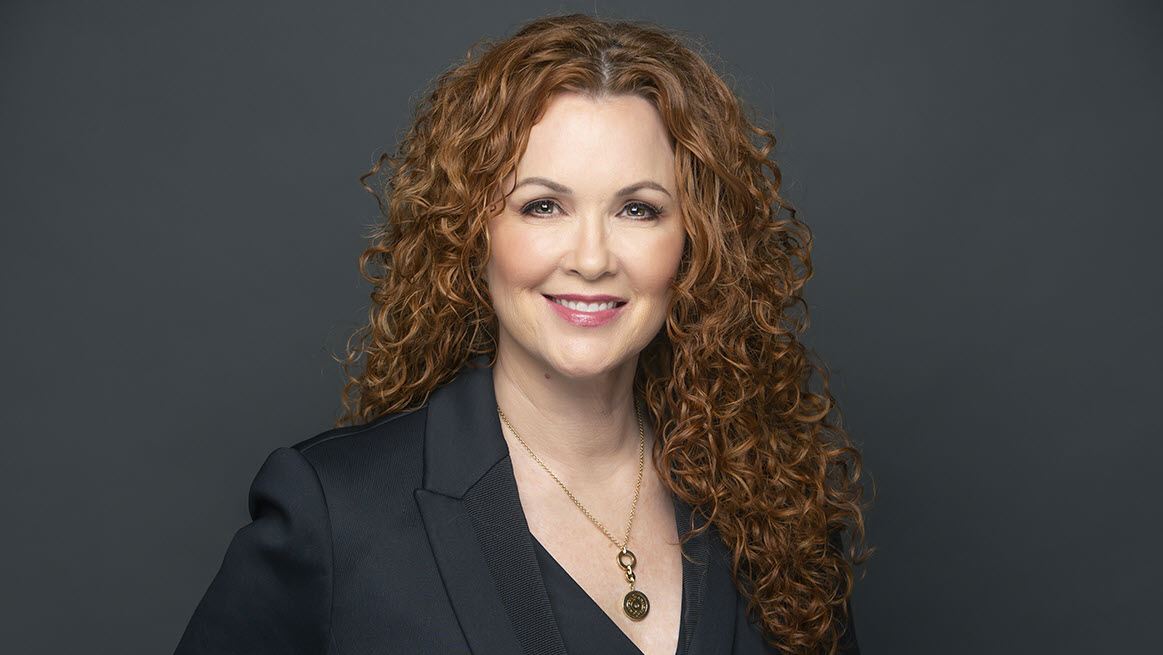 Christine graduated from Broward College with her Associate of Science in court reporting. She began as a freelance official working with Judge Milian, Judge Dakis, and Judge Day in Miami-Dade County. She then became a freelance official for Judge Feiner and worked with most judges in the Broward County Courthouse. Reporting over 200 jury trials as a new reporter was a great foundation to her career. Christine then went on to freelance with Merit Reporting and finally at Klein, Bury, Reif & Applebaum, where she worked for Richard Applebaum. Christine became their number-one reporter and was their only reporter providing realtime streaming services at that time on the east coast of Florida.

In October 2010, with a vision for excellence, valuing people, and cultivating the highest skill levels, she began Phipps Reporting in a bedroom of her home, in a downturned economy, and with a savings account of her freelance earnings. Within the first seven years, Christine has opened eight offices, acquired seven companies, and hit Inc. 5000’s fast-growing companies in America every single year, among multiple other business awards.

Christine presented a CLE on realtime remote litigation which educated members and those in the legal field about advanced features in realtime, which is live streaming of testimony. We explored all the different browsers in which realtime feeds are provided and Christine provided a deeper understanding on how to interact with realtime in making annotations, notes, keywords, advanced issue identification, advanced navigation skills, exporting/importing files into law firm management software, in addition to other key features. She also discussed the role of the stenographer versus other methods of making the record and their ethical responsibilities to those they serve. 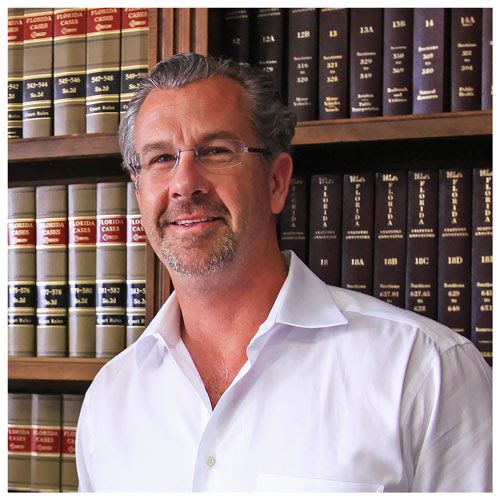 An entrepreneur at heart, Blake has owned several small businesses including Sterling Flight Services Air Charters and Flight Instruction at Craig Airport, Ocrakoke Investments real estate development, and Briley & Deal. Blake's engineering background coupled with experience building houses gives him an in-depth understanding of the needs of both builders and clients who are building houses. Blake also has experience in land development, having been a managing partner in the development of the Ponte Vedra East and Payasada Estates communities in St. Johns County. During his almost two decades of real estate law practice he has successfully handled over 10,000 closings ranging in value from $100 to $72,000,000. His experience has covered almost every aspect and area of real estate transactional law. He is an Airline Transport Rated Pilot with over 8,000 hours flight time and is rated in the Sabreliner and Cessna Citation Series business jets.

Blake presented a CLE covering Homestead Related Property Tax Law. His presentation included an overview of the Save Our Homes Act, portability, tax exemptions, and recent developments in property tax law related to portability. The on-demand CLE can be found on our website on this page.

Hayley enjoys presenting educational lectures throughout the southeast about a variety of specialized defense topics.  She is licensed by the Florida Division of Financial Services to provide continuing education instruction.

Expanding across the State line, Hayley appears before the Georgia State Board of Worker's Compensation and the Superior Court of Georgia for civil matters.

John A. Bermingham, Jr. Esq. is a New Jersey Attorney who has over 17 years’ experience as in-house counsel and is currently Of Counsel for the Gray Law Group where he handles corporate law, transactional matters, employment matters and contract law. Additionally, he provides pro-bono legal services for the disadvantaged, students and the elderly. John is admitted to practice in the United States Supreme Court, the Supreme Court of New Jersey and all other state courts of New Jersey; and admitted to the District Court for the Federal District of New Jersey.

John has presented several CLE topics to NEFPA members including Constitutional Law/ Bill of Rights, the 1st Amendment, and ethics.